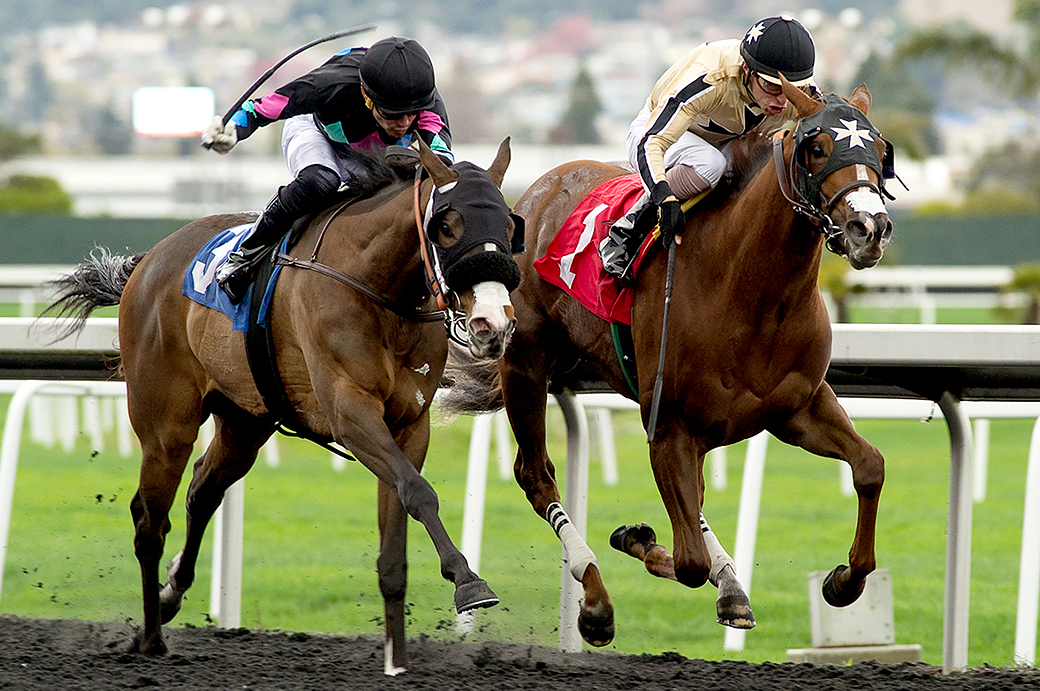 The sultry chestnut filly, Fire Diamonds, was a runaway success at Golden Gate Fields, during her first start for trainer Steve M. Sherman. Being the treasure Ron and Barb Perry of Cicero Farms was hoping to have, Fire Diamonds scored her first victory in a gate to wire fashion winning gamely over a field comprised mostly of geldings and colts.

In less than four weeks after transferring to Sherman’s Golden Gate barn, Fire Diamond took her first start on the famed Tapeta footing, jumped from the gate and led throughout the mile maiden race. Getting a jump on the boys, Fire Diamond had good speed, set the pace from the rail to the stretch, was headed by Chapagne’s On Ice in mid-stretch, but under the tutelage of jockey Juan Hernandez, she fought back gamely to get the nod.