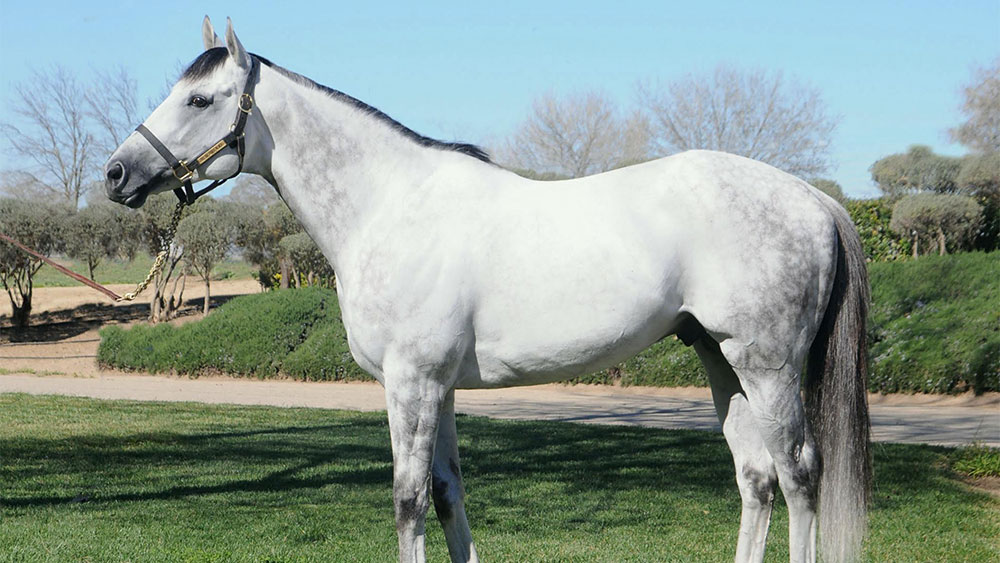 Pat Thompson of Ridgeley Farms announced today that He Be Fire N Ice has moved to southern California and will be standing at Ridgeley Farm – one of the oldest continuously operating Thoroughbred Farms in California. “We have been raising high class thoroughbreds in the Hemet valley for over 50 years and we are extremely pleased to be adding “Fire” to our stallion roster.” Pat Thompson reported. “I wanted to have him here before the stallion tour (The California Thoroughbred Farm Managers Association will hold a stallion tour of Riverside County Farms on Saturday, Nov. 21, from 8 a.m. to 4:30 p.m.) and he’s been here now for a little more than a month. He’s settled in nicely and is a great addition to our farm. We enjoy raising big horses here and we see He Be Fire N Ice a big part of our future.”

Founded in 1962 by Pat Thompson Longtin, her late husband Jim Thompson, and her parents Neil and Conny Curry, Ridgeley Farm has bred, foaled and raised the winners of countless stakes races, including winners of the Breeder’s Cup Sprint, the Dubai World Cup Godolphin Mile, and most recently, the Betty Grable Stakes winner, My Monet. They currently stand California freshman sire Informed and Godolphin Mile winner Grey Memo. Ridgeley Farm has been named the T.O.B.A. California Breeder of the Year and the T.O.B.A. national Small Breeder of the year both in 2002.

He Be Fire N Ice is the fastest (2 ¾ Ragozin) son of perennial Leading California Sire Unusual Heat. A striking gray with a brilliant closing turn of foot, He Be Fire N Ice won the 2013 California Dreamin Handicap, was a fast closing second in the G2 Del Mar Handicap, and finished a head bob short of winning the G2 City of Hope Mile at Santa Anita only .06 seconds off Wise Dan’s course record.

Bred in California by St. George’s Farm out of the Deputy Commander mare Deputy Tombe, He Be Fire N Ice was campaigned by Cicero Farms. He won five of 16 career starts and earned $332,580, showing his versatility winning on both the main track and turf, in both sprints and routes.

Breeders using He Be Fire N Ice during his first year got the unique opportunity for supporting him by using the Run N Win breeding program where the stud fee is due when the foal runs and wins). In 2016 He Be Fire N Ice will stand for $2,500 stands and nurses. His first foals will arrive in 2016.