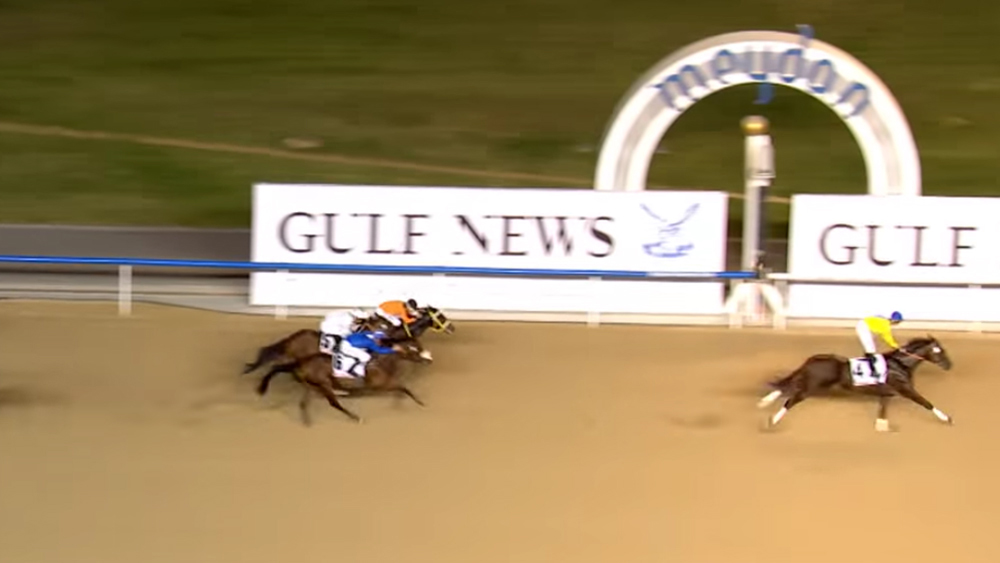 He Be Fire N Ice got international attention today when Cicero Farms, owner of He Be Fire N Ice, announced that their stakes placed mare Hannah’s Dowery, secured a debut winner. Mufeed, a 2014 colt by Gemologist and Hannah’s Dowery is owned and raced by Sheikh Mohammed Bin Khalifa Al Maktoum. The 2 year-old colt, trained by Satish Seemar won his debut November 17th at the famous Meydan Racecourse in Dubai. Hannah’s Dowery, the daughter of Stephen Got Even – Rich Legacy-Polish Numbers is a stakes placed earner of $107,440. Mufeed is her 2nd foal. The 10 year old mare is in foal to He Be Fire N Ice with an early 2017 foal expected.